Printhie acknowledges the Traditional Custodians of the land on which it operates, the Wiradjuri, and recognises their continuing connection to land, water and community. Printhie pays respect to Elders past, present and emerging. Please note that images of an Aboriginal Heritage Grave site are contained within this page. The Printhie vineyard is within the Wiradjuri Nation which is geographically the largest Indigenous Nation within NSW and it’s probably the biggest in terms of population. The boundary of the Wiradjuri Nation extends from Coonabarabran in the north, straddling the Great Dividing Range down to the Murray River and out to western NSW, including the townships of Dubbo, Condobolin, Orange, Bathurst, Wagga Wagga, Albury, Narrandera, and Griffith.

The Wiradjuri nation is defined by three rivers the Lachlan (galari), Macquarie (wambool) and Murrumbidgee (murrumbidjeri). Prior to settlement the Wiradjuri people lived a hunter-gatherer lifestyle moving from prosperous hunting grounds to riverside camps that made best use of natural resources. Wiradjuri people would travel in small groups of 20-40 people and came together in larger groups to feast, for ceremonies and to resolve disputes. The Wiradjuri language is no longer fluently spoken, but many words and phrases are known. Aboriginal culture, spirituality and practices are linked to the land, which provided tools, shelter, food and connections to ancestors.

While there are no specific dates for Aboriginal sites within the Orange region, the oldest approximant site date can be taken from two rock shelters 60kms south-east of Wellington, this site is dated to 7150BC. Occupation of the Australian continent began over 40,000 years ago, so it is likely that Aboriginal people have been living in the Orange district for most of that time. 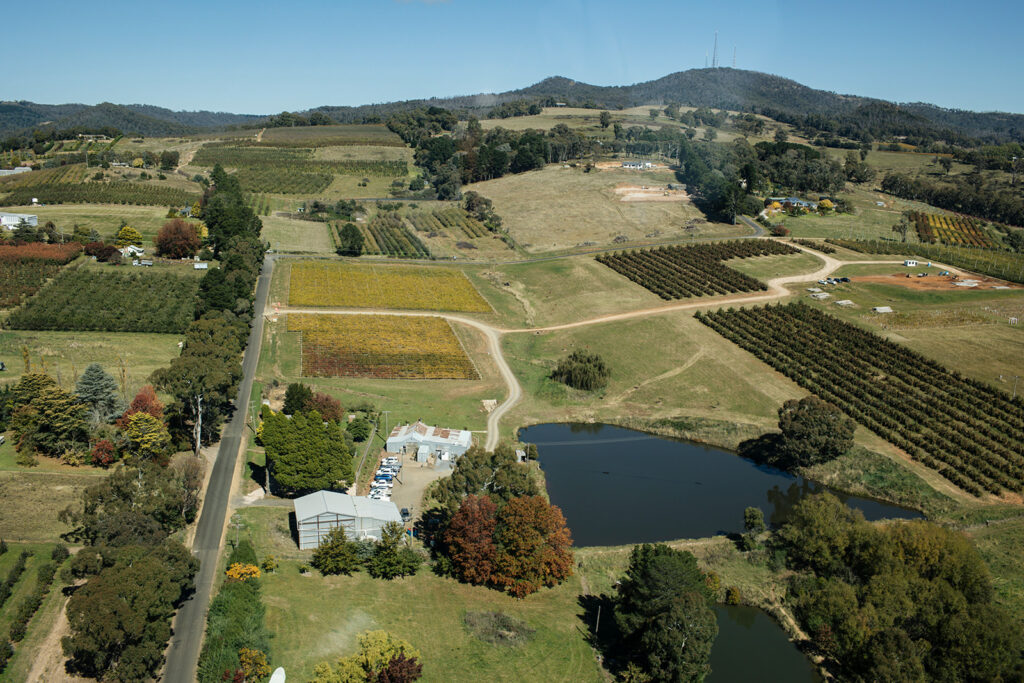 There is evidence to suggest that Mt Canobolas was used as a ceremonial site for the Wiradjuri where corroborees, and ceremonies relating to men’s and women’s business were held.

The name Mt Canobolas is derived from the Wiradjuri word meaning ‘two shoulders’ (coona, shoulder; booloo, two, pronounced Ghannabulla). Ghannabulla is a place of spiritual connection through worship of Baiame (the Creator God and Sky Father) and through the dreaming story of Ghannabulla as one of three feuding brothers.

Mt Canobolas is an extinct volcano with its last eruption dating back 11 million years. Eruptions occurred from over 50 vents not just the two peaks you can clearly see on the mountain today. Magma when reaching the surface became lava which cooled to form igneous rocks. The main type of igneous rock found at Canobolas is basalt. During the last eruption basalt flowed out of the mountain like water, 50 km in every direction.

The basalt created by the lava has broken up over millions of years forming the soil that is excellent for fruit growing and wine production in the Orange region.

Mt Canobolas is a ‘hot spot’ volcano which means that continuous plumes of magma from Earth’s mantle (layer under the Earth’s crust) rise to the surface creating a ‘hot spot’. As tectonic plates drift over the specific hot spots volcanoes are created. Hot spot volcanoes do not occur at the boundaries of tectonic plates. A chain of hot spot volcanoes lie over the eastern part of Australia, forming as the continent drifted northwards. The plate that Australia is part of has moved 600km north in the last 11 million years which means the ‘hot spot’ in the mantle that created Mt Canobolas is now somewhere in the Bass Strait between Tasmania and Victoria. 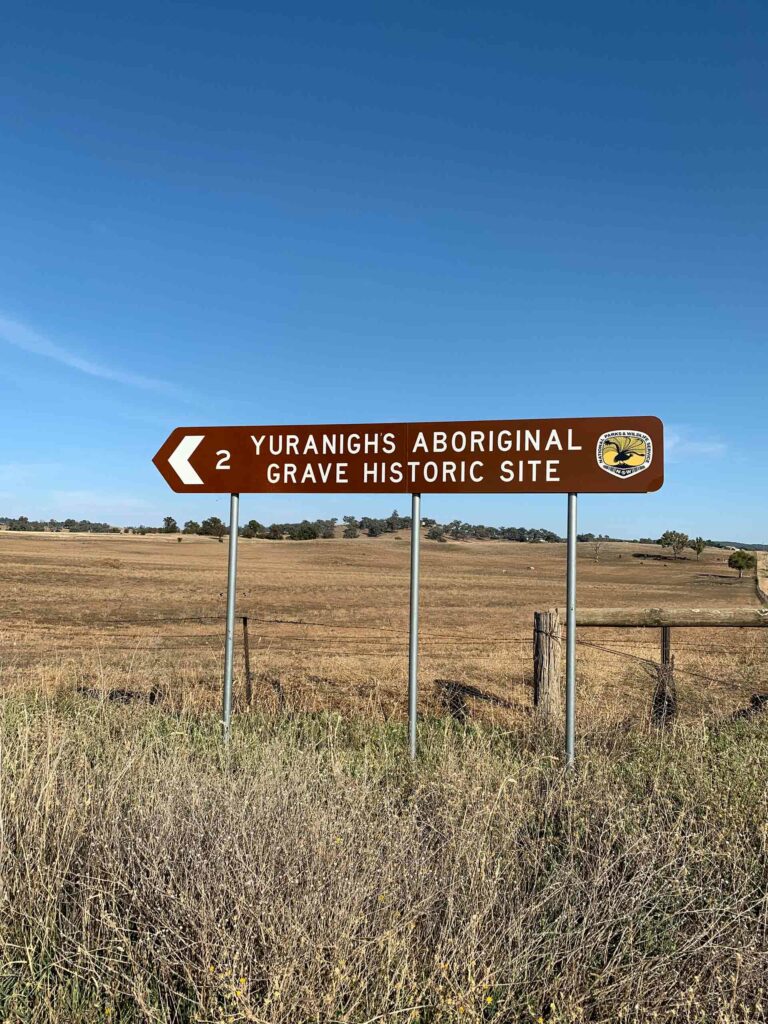 The Printhie vineyard is located on Yuranigh Road which was named after a Wiradjuri man – Yuranigh.

Employed as guide by Sir Thomas Mitchell, Yuranigh departed the area around Printhie in December 1845 and travelled to the Bogan River before turning north and advancing beyond the Tropic of Capricorn to Mount Douglas on the Belyando River. The expedition was celebrated as a success when they returned to Sydney in late 1847.

Yuranigh died in the 1850s and was buried near Printhie. Initially, his grave was marked with five carved trees, a sign of his status within the Aboriginal community. Later, Sir Thomas Mitchell, who regarded Yuranigh as his “guide, companion, councillor and friend” organised for a headstone to be erected at the gravesite, creating a unique memorial.

Yuranigh’s grave has been listed on the State Heritage Register and is managed by the NSW National Parks and Wildlife Service as an Historic Site. Members of the local Wiradjuri community believe that other important Aboriginal people are buried nearby, but no further details are known. *Information sourced from the Orange Aboriginal Heritage Report 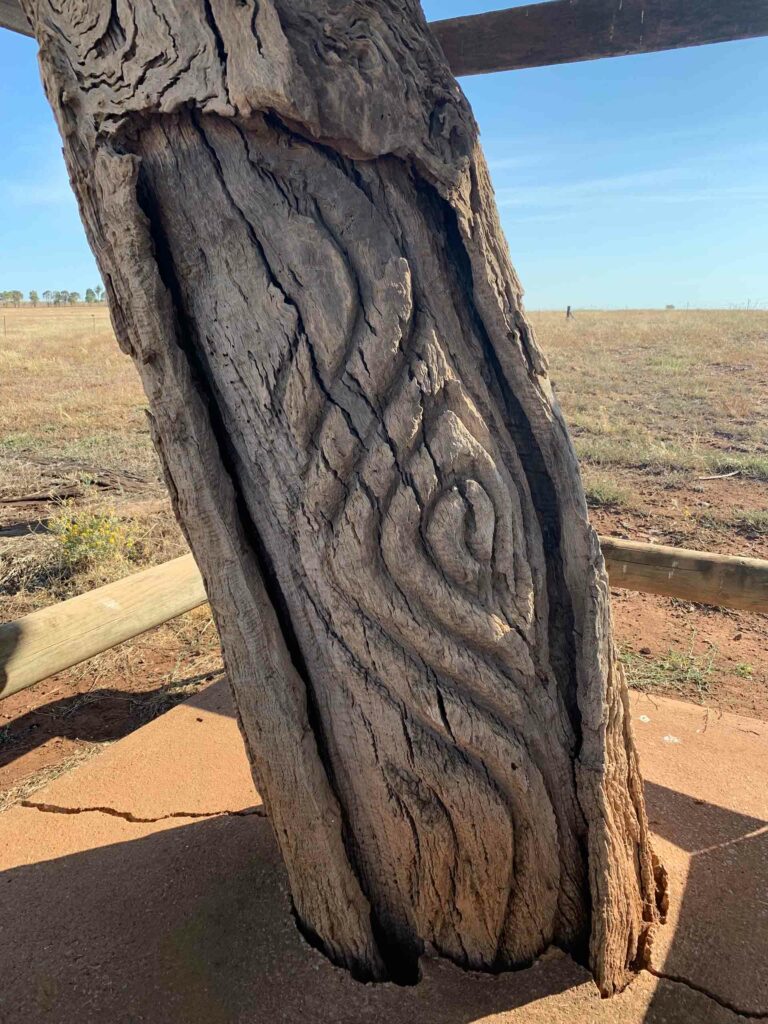 A distinctive feature of Wiradjuri country was clusters of carved trees which marked burials of important people and initiations sites. The trees were richly decorated with geometric and figurative designs. Sadly, few carved trees remain standing. An exception is Yuranigh’s grave, which was marked by five carved trees, three of which are still alive, although the carvings have mostly been grown over. The fourth tree died, however the carvings have been preserved under a shed at the site. A photo of this tree taken in 2019 can be compared to an image taken in 1912 of Edward Milne (sourced from the Orange Aboriginal Heritage Report).

We encourage all visitors to the Printhie Cellar Door to pay their respects to this unique Aboriginal Heritage Site. 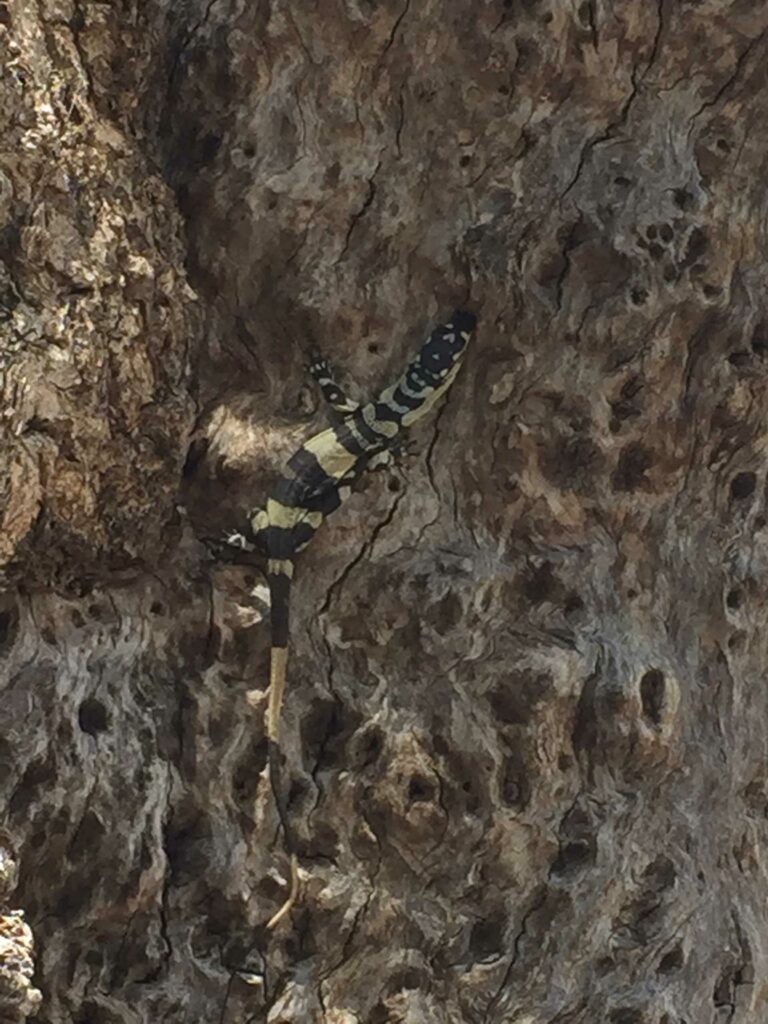 The farming property ‘Printhie’ has existed for well over 100 years and the name, Printhie, is believed to have been derived from a native goanna – the Perentie. Once common west of the Great Dividing Range, the goanna is now rarely seen because of its shyness and the remoteness of much of its remaining habitat. The perentie (Varanus giganteus) is the largest monitor lizard or goanna native to Australia, and the fourth-largest living lizard on earth, after the Komodo dragon, Asian water monitor, and the crocodile monitor. It was a favoured food item among Aboriginal tribes, and the fat was used for medicinal and ceremonial purposes. The goanna in this picture is only a baby but the lizard can grow up to 2.5m long, although the average length is around 1.75m and can weigh up to 20kg.